One of the things you’ll often hear people say when they’re obsessing over someone who doesn’t want a relationship with them is:

But, we have so much in common!

People often think that because they have the same hobbies or the same taste in music that this means the person is perfect for them.

But having a lot in common actually doesn’t mean as much as you think.

You may say well, we’re both also only children and neither of us likes cereal.

Don’t get me wrong. It can be beneficial to share certain hobbies. If you both like sailing you may bond over a love of doing that together. You may even meet through doing that particular hobby.

But there are many couples out there that are very happily married who have few actual hobbies or interests in common.

Sometimes people like to have some space and do their hobbies on their own. For example, the guy may be quite happy to go and play golf with his buddies, while his partner goes to a dance class or spends time with the girls.

But what they do have in common is lots of other things, like similar attitudes to money, similar goals in life.

There’s a song lyric in the song Young, Dumb & Broke that goes:

“We have so much in common
We argue all the time”

If you guys are often bickering over little things, he may actually feel like the only thing you have in common is that you argue.

What makes a relationship then?

Beyond that you need to have intimacy and a mutual desire to actually have a relationship. There needs to be some sort of reciprocation and you both have to want to know each other on a much deeper level. You both have to be showing up to the table, not just one of you.

If the object of your affection doesn’t have much interest in getting to know you, then it doesn’t matter how much amazing sex you have or how many shared interests you have.

If you like eating out and he likes eating out but he chooses to get dinner with his buddies instead of with you, then it’s not going to blossom into a relationship, even if the two of you are hooking up.

If everything feels one sided, if you feel a constant yearning for a person you like but they’re not showing up in your life, then what’s the point in putting yourself through that?

You may feel an amazing connection or a spark when they show up for five minutes, but if they’re constantly disappearing and leaving you hungry for affection, then it doesn’t matter how much you have in common.

We all know love (and lust) is a powerful drug. Unfortunately, if someone is sleeping with you and then suddenly unavailable, you become an addict just waiting for another hit. At some point it’s better to just cut the drug altogether than to live in a vicious cycle like that.

Too many times people focus on the potential of the relationship and not on what is actually happening. So if you feel like you might be in unrequited love situation, take a step back and ask yourself, “why would I put myself through this?” What would you tell a friend?

At the end of the day, if you’re telling yourself “we have so much in common” while waiting days or weeks for a phone call, then you’re living in the fantasy, not the reality.

Ask yourself, besides interests and hobbies, what do you actually know about the person? Have you seen them at their worst? Have you spent enough time with them to really know them or are you just getting the highlight reel?

Often people will only display the best versions of themselves. I know a fair few guys who people would describe as a “nice guy” but they’re not that nice to the girls they date.

Having a true sense of intimacy requires a time investment. It requires seeing each other in lots of different lights. It involves honest communication and not avoiding the difficult topics.

So far I’ve mainly been referring to casual dating situations. On the other flip side of this, you may be in a situation where you spend all of your time with the person but you’re not romantically involved. You have a platonic friendship, but you have feelings for the other person. While you may have a lot in common, there’s one thing you don’t have in common: physical attraction.

If you sense that the attraction isn’t reciprocated, then you have to either accept the relationship as is (ie. a platonic friendship) or limit your time with that person. However it’s always best to have a conversation with the person to establish whether there are mutual feelings there.

Bottom line of all this is that it takes a lot more than having things in common. The questions you have to ask yourself are things like:

In other words, you actually don’t have a lot in common at all.

The key takeaway from all this is to establish what your core values are. Establish your boundaries and what you will and won’t accept. Then ask yourself the question, “do we have a lot in common?” 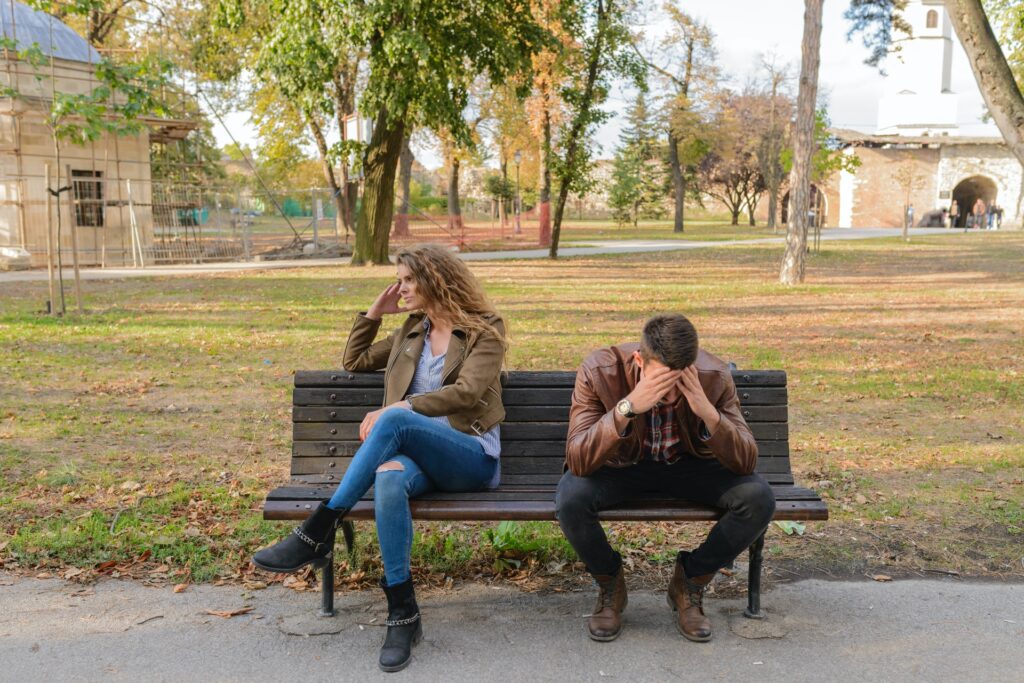 He doesn’t want me. Why?